Domů / Blog / An Interview with Kazisvět the Vampire

An Interview with Kazisvět the Vampire

About two years back while procrastinating on Instagram, we’ve stumbled upon an artist whose themes and humour hit us like a ton of bricks. We cheekily reached out to him via social media and lo and behold – a neighbour.

Moving from neighbouring Slovakia to the neighbouring street, Kazisvět agreed to collaboration and thanks to this, we now have the opportunity to present you with the result.

Already a year ago, we made a quick test of the waters with Michal on a smaller project and winter 2020 saw us complete a micro-collection with the working title of “I’m Okay, just tired of everything”.

As the name itself suggests, the collection features the combination of two iconic designs – I’m Okay and Tired – which in a way illustrate our feelings about last year’s development.

While Tired is a new design in which we’ve combined Miša’s and our skull icon, the I’m Okay design has been in Kazisvět’s portfolio for a few years. Long enough to make several rounds around the globe in the form of a counterfeit. I’m Okay holds one sad first place. It’s the most stolen design by Kazisvět to date and a quick internet search will turn up many shady e-shops using this design without the author’s permission. Therefore, we’re the first official holders of the licence for this already established “pop-culture legend” in history.

Below, you can read an interview with the maestro, accompanying the release of the new collection. 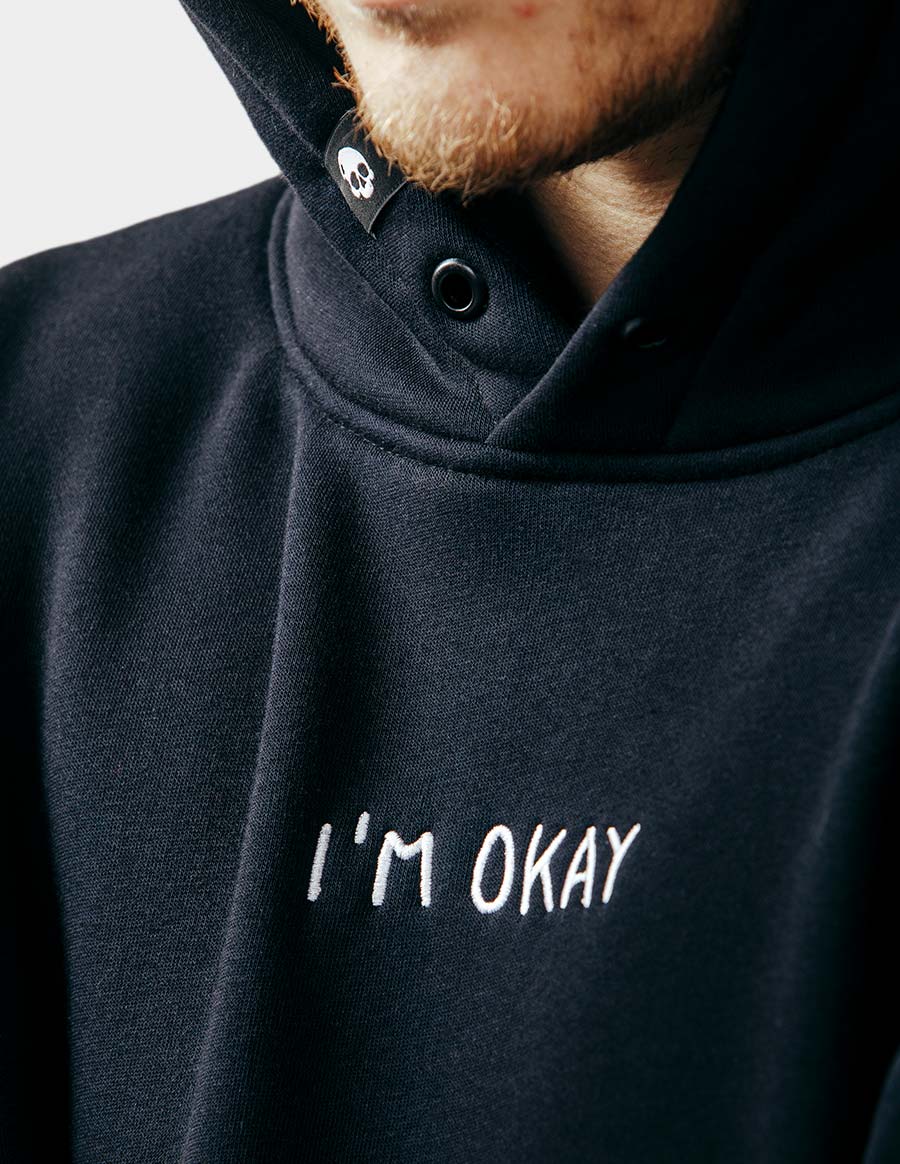 Hello Miša, how are you handling the Apocalypse? Did the restrictions somehow substantially change your life, business, future plans?

Hello there. I handle it fairly well even though it’s taking quite some time… When the whole shitstorm started last year, I used the first lockdown mainly to catch some rest. I have the feeling that quarantine saved me from burning out at the time because I was really swamped under. When I couldn’t tattoo, I had more time for my merch and other projects.

Merch is the King! We know that you’ve been successful with it and we’re curious as to where in the world do you send your merch the most and if that means your biggest fan base is there.

Definitely Germany and the United States. Approx. 70% of my orders go to these two countries. Otherwise, it’s very varied. I’ve basically sent merch to every continent except Antarctica.

God bless ‘Murica and Germany. Even from our perspective, these two countries are underground havens. Let’s see, pull up the most exotic country you’ve sent an order to.

For example, Malaysia, South Africa, Iceland, Sri Lanka, New Zealand or lately, there have been more Chinese orders coming. Sometimes I’m surprised that the packages even reach their destination.

China! Time to create some pro-Uighur design ☺ When we discovered you back then, you caught our attention for three reasons: a skull, a black&white scheme and morbid humour. Sometimes, people ask us “why the skull, for heaven’s sake?” So I also ask you why there’s a skeleton motif prevalent in your work? How did you arrive at it

Well, the reason is very simple, I never knew how to draw portraits but when I give it more thought, the origin apparently lies in the metal aesthetic, which I appreciate greatly and with which I grew up. The skeleton is, at the same time, a universal symbol for a human being as such. It doesn’t distinguish gender, the colour of one’s skin nor creed, it only represents the mortality of us all.

“It doesn’t distinguish gender, the colour of one’s skin nor creed, it only represents the mortality of us all.” That’s exactly how we perceive it. The metal aesthetic is a match too.

So – metal. Do you prefer a specific metal genre? With which bands did you grow up and what do you listen to now?

Mostly, I grew up with numetal and bands such as Linkin Park, Korn, Limp Bizkit, P.O.D. or System of a Down. Of course, the older I was the harder and more experimental I was going till I ended up with genres such as grindcore or black metal. My most favourite bands at the moment are Gojira, Shaidar Logoth or Humanity’s Last Breath. When I tattoo, I get loads of recommendations ranging in genres so I’m trying something new every week. 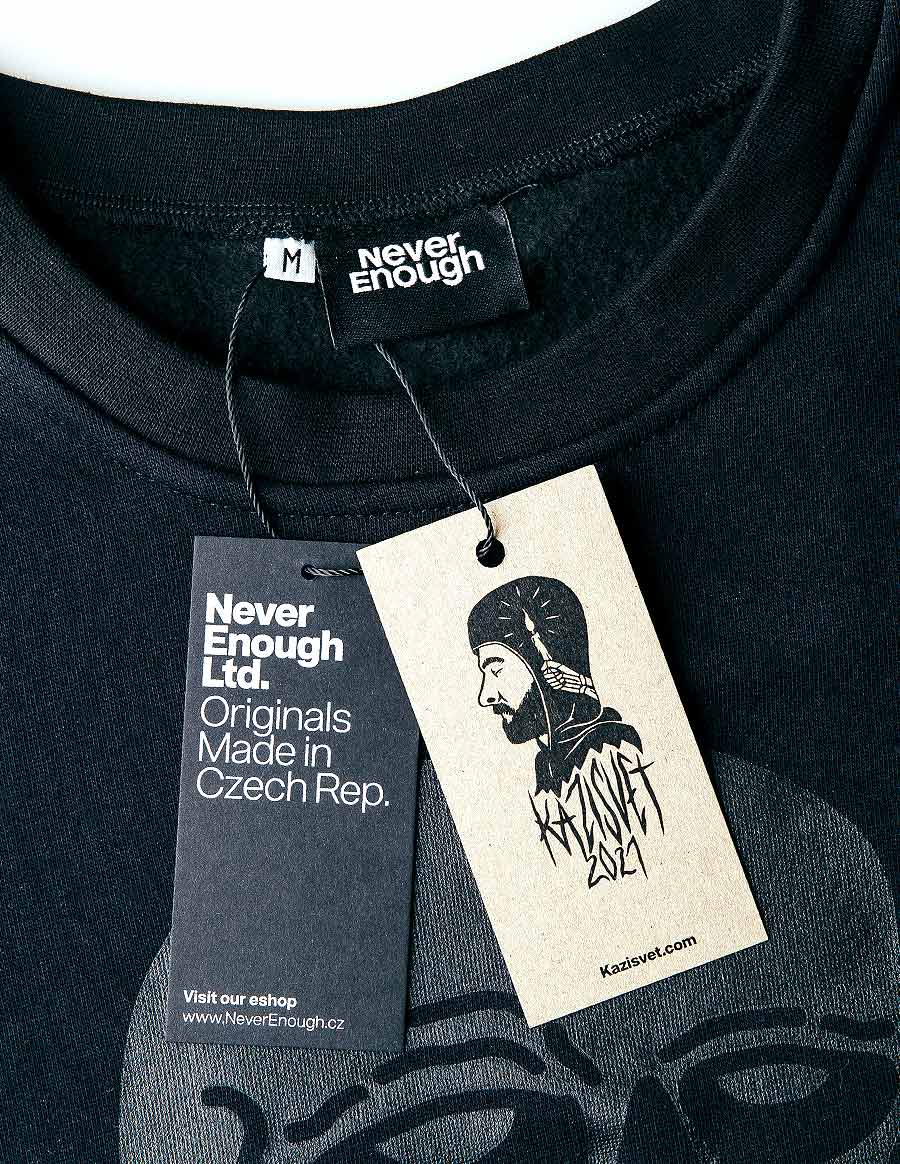 I’ve never been into Gojira much but the last album features a few overall awesome songs. What about post metal? Cult of Luna, Isis, Pelican, etc.?

I like those a lot too even though I haven’t listened to them for a long time. Mainly, I like Cult of Luna and their Mariner and A Dawn to Fear albums. Those are really amazing.

Besides illustration, you keep busy with tattooing. Are you a tattooist who found his style as time progressed and started to build a world of illustration or are you an illustrator who later stumbled upon tattooing?

Basically, I’ve been drawing since elementary school so I was an illustrator first who then got into tattooing. However, the origin of my style is tied directly to tattooing because it helped shaping it. Mostly, I try to divide my time equally between tattooing and illustrations. Even though since the pandemic started, I’m rarely a tattooist and spend my time drawing or creating merch, plus, of course, wading through a huge pile of administrative work connected to it.

I presume that you only tattoo your own designs. How do you approach them? One motif, one person, one tattoo?

I only tattoo my designs and each particular design gets tattooed only once. It means a lot more work but it’s manageable with my style. I like the idea that everyone’s tattoo is an original.

Roughly, how many designs do you have to produce in a month? Did you make use of the pandemic season to stack up on enough designs for later?

Well, for tattoos, it’s roughly 30 designs a month, throw in merch illustrations, some collaborations and more designs intended for Instagram because once you stop feeding the beast the reach goes down and that’s exactly what you don’t want… It’s strange during the pandemic because I have more time but I draw a lot less and try to make use of my time in a different way – to educate myself more, read more and pursue activities for which I didn’t have much time left during the “normal life”.

That sounds like a dream! So, we’re naturally interested in what are these activities you finally found time for.

Finally, I’ve found time for reading. I delved into philosophy and some noir Nordic books again. I try to read for at least half an hour each day. I also started to learn another language, which is way outside of my comfort zone. And there’s even some time left to play videogames and watch series, haha.

You’re whistling my tune, we’ll be here until the weekend at this rate! So, how did you get to philosophy and which language did you choose?

I had philosophy in college where I studied aesthetics and since then it kinda stuck with me and I keep coming back to it. Last year, I started taking Danish courses with my fiancée. We’re in the second semester now and I enjoy it even though I’m a bit slower, and I guess one day I will understand what the lecturer is asking me in class.

Because I’m a bit aware of your intentions, I will follow up on the Danish. Your decision to move from Prague to Copenhagen still stands?

Yes, it does. We’ve been considering it for a long time, perhaps even before we moved to Prague. That city enchanted us and we love to go back there so we want to give it a shot.

What was it that charmed you so in Copenhagen? What’s the main perceived difference between Prague and the Danish capital?

Definitely the cycling traffic, the proximity of the sea, work-life balance, gastro culture, architecture and design, the accessibility of other Nordic countries, and so on. I like Prague but I have to try Denmark so I wouldn’t regret I haven’t.

In the OSN annual reports, Denmark oftentimes ranks at the very top of the world happiness index. Aren’t you worried that such a country could make you lose your unique nihilist sense of humour? We might live to see existential angst develop into “Kazisvět’s Motivational Quotes”.

Haha, I hope that won’t be the case but if that would become a threat, I will come back to Slovakia or Prague and everything will revert to where it was. I won’t let anything take my style!

… that’s a beautiful and very strong closing status. Mišo, thank you so much for the interview!

I thank you for the opportunity.